This research paper was written as a requirement for Anthropology 225, Philippine Culture and Society, an elective taken at the College of Social Sciences and Philosophy at the University of the Philippines Diliman under Dr. Maria Mangahas, who assigned the students reading material for the research paper based on each one’s background and interests.

I had been assigned three tribes – the Ilongot, the Teduray and the Tausug. As a graduate student of Women and Development Studies, I was immediately attracted to the male-female dynamic prominent in the readings on all three tribes and thus explored this in the research paper END_OF_DOCUMENT_TOKEN_TO_BE_REPLACED

Feminist research and anthropology possess two strikingly common veins: the quest for contexts and the methodologies for gathering data to bring to light these contexts. An anthropological orientation is concerned with finding and interpreting meanings as unique to a particular group of study, searching for the similarities it shares with other human natures as well as the differences (the anthropologist’s reflection on his or her own group, or a comparative study between and among different groups). Similarly, women and development studies puts a premium on contexts in locating women of different cultural, social, political, religious, and economic realities and bringing to light the varied “truths” that come with each reality, with analyses moving from gender to class to race. END_OF_DOCUMENT_TOKEN_TO_BE_REPLACED

The goals of feminist studies and anthropology are different – anthropology’s quest for the internal logic and beauty of a society vs. women and development studies’ search for the sources of inequality and oppression and possible solutions to address these social ills. Anthropological research and analysis about the other compels one to look inward and contemplate one’s own cultural and societal practices. Feminism, on the other hand, begins with the contemplation of one’s own cultural and social practices – one’s own realities – and then outward to other cultures and societies, searching for common though variant sources of inequality, threads of oppression, bones of contention, congruent or opposing declarations vs. practices.

It is the marriage of these two areas that I will employ as the framework of this paper, END_OF_DOCUMENT_TOKEN_TO_BE_REPLACED

Violence takes many forms and its occurrence in society may be attributed to variety of causes – anger, isolated individual predispositions, war, media, political strife, and even acts of insanity. Violence may be used to quell violence, and the peace (or fear of hostile action?) that comes after serves to justify. When should violence be deemed acceptable? Is good violence better than bad violence? Regardless of motive or outcome, could there be a real distinction between good and bad violence?

Most importantly, what makes a society violent? END_OF_DOCUMENT_TOKEN_TO_BE_REPLACED

The Ilongots of Northern Luzon had been studied by Renato and Michelle Rosaldo, two anthropologists who had extensively documented their cultural practices. In “Chapter 4: Horticulture, Hunting, and the Height of Men’s Hearts” of the book Knowledge and Passion: Ilongot Notions of Self and Social Life, Michelle Rosaldo’s telling narration and feminist analysis illustrates contradictions in the Ilongot’s cultural views of gender equality as against their actual practices. According to Michelle Rosaldo, men and women generally view their contributions garnered through their division of labor (of hunting and horticulture respectively) to be complementary; however, their truths, system of logic and practices reveal that they attach more value to the work activities, skills gained from gender-assigned labor, and contributions of the male. END_OF_DOCUMENT_TOKEN_TO_BE_REPLACED

The Tausug of Southern Mindanao are the subject of anthropologist Thomas M. Keifer’s book, The Tausug: Violence and Law in a Philippine Moslem Society. “Chapter 3: The Values of the Male: Bravery, Friendship, and Violence” effectively illustrates their openly patriarchal society, which is systematically regulated by male violence and, thus, where the quality of daily life is determined by the Tausug men in their absolute control over violent events. Kiefer’s account of the Tausug men, their valued concepts and the activities that embody these imply a sheltered life for women whose activities may most likely be governed by male veneration, service, and command over their labor. END_OF_DOCUMENT_TOKEN_TO_BE_REPLACED

Stuart A. Schlegel documents and reflects on the Forest Teduray of Figel, Southern Cotabato in the book Wisdom from a Rainforest: The Spiritual Journey of an Anthropologist, which he had embarked on writing nearly a quarter of a century after they had been massacred by a band of Maguindanaoan guerrillas. He described them to have been a well-developed egalitarian society that highly valued its people and its environment and its ideals, which are concretely expressed in their practices. Schlegel’s account of the Teduray men and women shows how respect, compassion, and gentleness informed their legal system, spirituality, maintenance of the forest, and their equal regard for each other, whatever their sexual orientation.

His exploration of Teduray concepts, values, beliefs, rituals and ways of life bespoke of a people who saw violence as a natural result of anger, which was why they put extreme importance on END_OF_DOCUMENT_TOKEN_TO_BE_REPLACED

It cannot be generalized that all men belonging to societies that subscribe to violence subject women to acts of aggression. However, the contexts and rationales for a society’s sanctioned violence put women in a vulnerable position because these will inform the ideological atmosphere within which these women will exist. The analysis of Ilongot and Tausug societies has shown how the views, values, and interests of men are served and preserved through institutionalized privileges, social entitlements and religious rights not available to everyone. Human beings are entitled to the same set of rights, but concessions and justifications are made on these rights by virtue of biological sex, thereby translating them into gender-specific social, religious, political, and even economic codes. END_OF_DOCUMENT_TOKEN_TO_BE_REPLACED

Eviota, Elizabeth Uy. The Political Economy of Gender: Women and the Sexual Division of Labour in the Philippines. London: Zed Books Ltd., 1992.

Papers, Pursuits and Purrsuasions by Cindy Cruz-Cabrera is licensed under a Creative Commons Attribution-NonCommercial-NoDerivs 3.0 Philippines License

INTERESTING PEOPLE ON THE ROAD 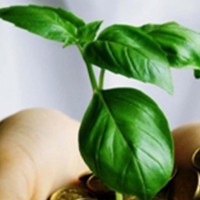 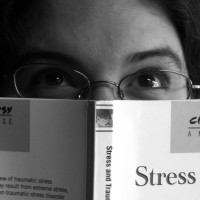 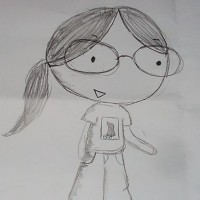 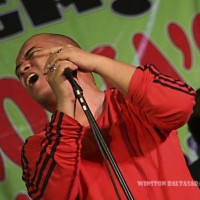 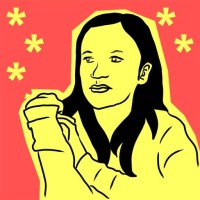 I'd Rather Be Writing - Tom Johnson

Thought Catalog is a digital youth culture magazine dedicated to your stories and ideas.

This WordPress.com site is the cat’s pajamas

A Gen X Filipina blogs about life, love - and that cumbersome beast known as the English language ...

official site of the NUPL

Part time actor, aspiring writer of poetry and prose and full-time idiot with a heart.

"The problem with political jokes is they get elected.**"

writings and ramblings on academic, professional, community, and advocacy stuff

An inventory of the meaningful life.

Shakira Sison is an award-winning essayist and columnist for Rappler.

and pop music is food for the sold